Cardboard boxes have intrigued Jescia Hoffman Hopper since she was a kid.

The Fargo artist remembers spending hours playing with boxes her father brought home from his job as a plumber, sometimes filling the entire upper floor of their home with little box towns.

"Luckily my parents were supportive of my adventures and my idea of creating my own toys," Hopper says. "(They) learned early on that they didn't need to give me gifts because I was more interested in the boxes they came in. I think that's some sort of fascination that's never left me."

Because boxes provide infinite creative possibilities, many people have similar memories playing with them during childhood — even going as far as spending three whole nights in an old freezer box in the backyard with nothing but a blanket and junk food for sustenance (or maybe that was just me as a kid).

As we get older, however, that childlike sense of wonder can get buried by the ongoing responsibilities of adulthood.

Hopper often seeks to challenge the seriousness of growing up in her work — especially in her upcoming "Wonderlust" exhibit at the Plains Art Museum Katherine Kilbourne Burgum Center for Creativity.

"Wonderlust" displays three large interactive cardboard sculptures that encourage visitors of all ages to get lost in their imaginations.

One sculpture is a 9-foot-tall rocket ship equipped with LED lights, bottle cap buttons and a recycled motorcycle control panel ready to transport passengers to any far-off galaxy. Another sculpture has walls that resemble the night sky and a squishy floor for faux-stargazing.

On the walls hang Hopper's playfully apocalyptic watercolor paintings to help progress the narrative around the sculptures.

"I'm trying to channel that feeling of having something as simple as a cardboard box transform into something magical and out of this world," she says.

Hopper has had the "elaborate box fort" idea since graduate school, but until recently has only featured the concept in her paintings. Plains Art Museum approached her about an exhibition opportunity after she gave a FMVA Visual Talk about the paintings at the museum in 2015.

When she isn't creating art in her numerous studios around Fargo, Hopper teaches visual art at Dilworth-Glyndon-Felton Middle School and is an adjunct instructor at Minnesota State University Moorhead.

She's passionate about keeping the flame of wonder alive for both her students and other area youth.

Hopper and Plains Art Museum will host a Kid Quest activity in conjunction with the exhibit sometime in December.

"I feel like keeping that sense of curiosity about the world is something that's so vital to innovation. It's really important to ignore the people that say 'quit daydreaming, you're wasting your time' because it's those dreamers that change the world," she says. "We wouldn't be anywhere without those people with wild imaginations. We have to stay curious."

Cost: Free and open to the public 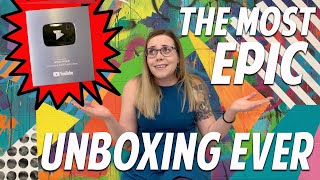 Just a Dino Girl in an Apocalyptic World 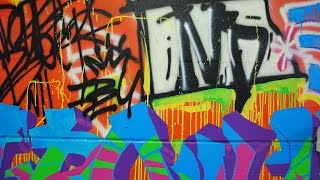